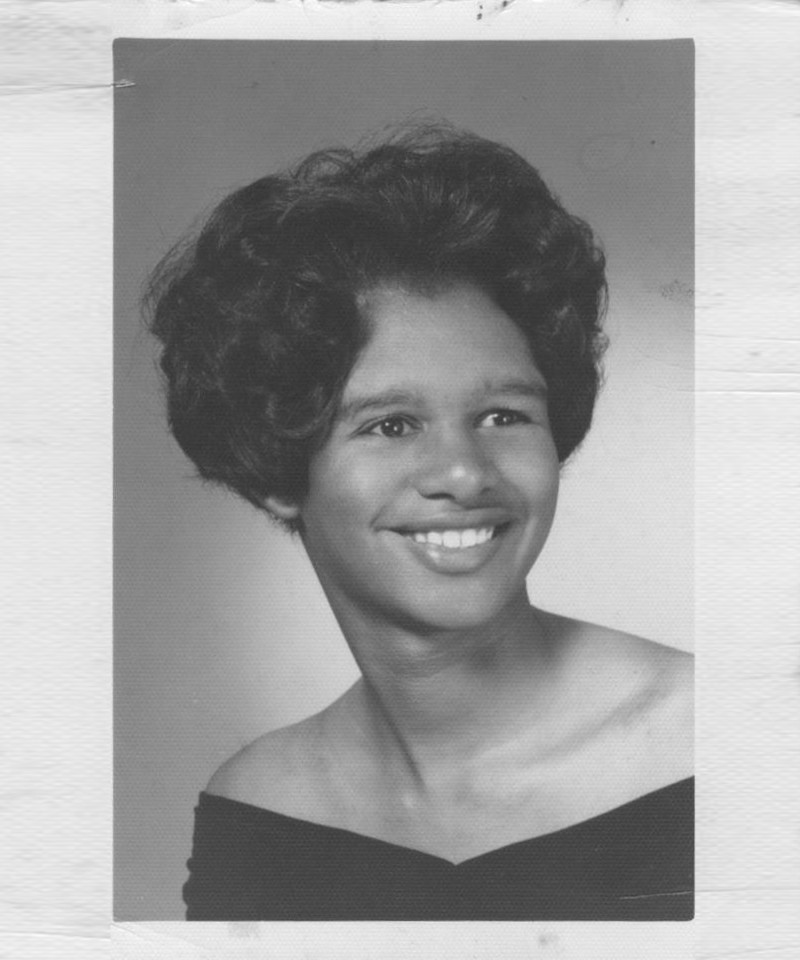 My name is Rhoda Glasco Foderingham. I am the first black female admitted into a scholarship house.

I remember going to the office of Dr. Walter Jarecki at Broward Junior College (Broward College) and his informing me that he thought I would be a good candidate for a residential scholarship from the Southern Scholarship and Research Foundation at Florida State University. He stated that the Foundation was ready to admit its first black student.

Having grown up in West Chester, Pennsylvania, a suburb of Philadelphia, and having attended integrated schools from kindergarten to 12th grade, except for first grade, I felt I could handle being the only black female. I transferred to FSU the summer of 1967 and stayed in a house on Jefferson Street. In the fall I was assigned to Palm Court. There I learned they admitted their first black male student in the fall.

One of my early memories that summer was meeting Janet Rigby. It wasn’t until years later that Janet called me and stated she always wondered what happened to me. You see, I only stayed in the scholarship houses for a year. When we met again in 2006, I learned that Janet also faced hardship because she volunteered to room with me. Even her parents did not want her to room with me that summer.

At Palm Court in the fall, there were students who told me that they did not know that there were any blacks as smart as they were. When Dr. Martin Luther King, Jr. was assassinated several of us were watching television when the announcement was made. I do not believe that some of the students realized the impact that his death would have on our country and even in Tallahassee.

Although I had no friends, per se, in the scholarship house, it reinforced what my family always taught me and as stated by Dr. King at the March on Washington: “….not be judged by the color of their skin but by the content of their character.” You learned to persevere. Talking to my Dad and an aunt every week kept me grounded. I did not return to school in 1968 due to illness. When I did return to campus in 1969 I stayed in Cash Hall. The passing of my Dad that fall had a profound impact on me. I wanted to become the person he always said I could be.

Because of my experiences, after graduation I had no desire to return to FSU or Tallahassee; however, I returned in 1979 to work in the Governor’s Office after the election of Governor Robert Graham. The road traveled since graduation has been good and ultimately led to my obtaining a Master in Regional Planning from the University of North Carolina (1974) and a law degree from Florida State University (1985). I had gone full circle and worked in Tallahassee until 1990. Don’t ever say “never” because you never know where your path will lead you.

Talking about coming full circle, in June of 2014 I had an opportunity to meet Mickey Moore, the President of SSF at the time. This meeting with him made me think that it was more than past time for me to become more involved with the Foundation.  I had made some donations from time to time but I now felt like I really needed to make a commitment to the organization.

It was the residential scholarship that helped to make it possible for me to attend Florida State. I have gone from scholarship house resident, to alumna, to board member. Yes, effective with the Annual Meeting of the Southern Scholarship Foundation on February 21, 2015, I will become a Board Member. I looked forward to this new responsibility and working with the other members of the Board to fulfill the goals and mission of the Southern Scholarship Foundation.

I currently serve as the Chair of the Governance and Nomination Committee and am Chair-Elect for the SSF Board. Since retiring in 2012 from the City of Coral Springs (City Attorney’s Office), in addition to SSF I am active with the Zeta Rho Omega Chapter, Alpha Kappa Alpha Sorority, Inc. in Fort Lauderdale. I also have been appointed by the City of Fort Lauderdale City Commission to the Historic Sistrunk, Progresso, Flagler Heights Community Redevelopment Agency (CRA) Advisory Committee and currently serve as the Chairperson. My favorite pastime is enjoying ACC football and ACC Men’s basketball.

None of this would be possible without a strong foundation that began in West Chester, Pennsylvania and a path that eventually allowed me to further my education at Florida State University with assistance from the Southern Scholarship Foundation.